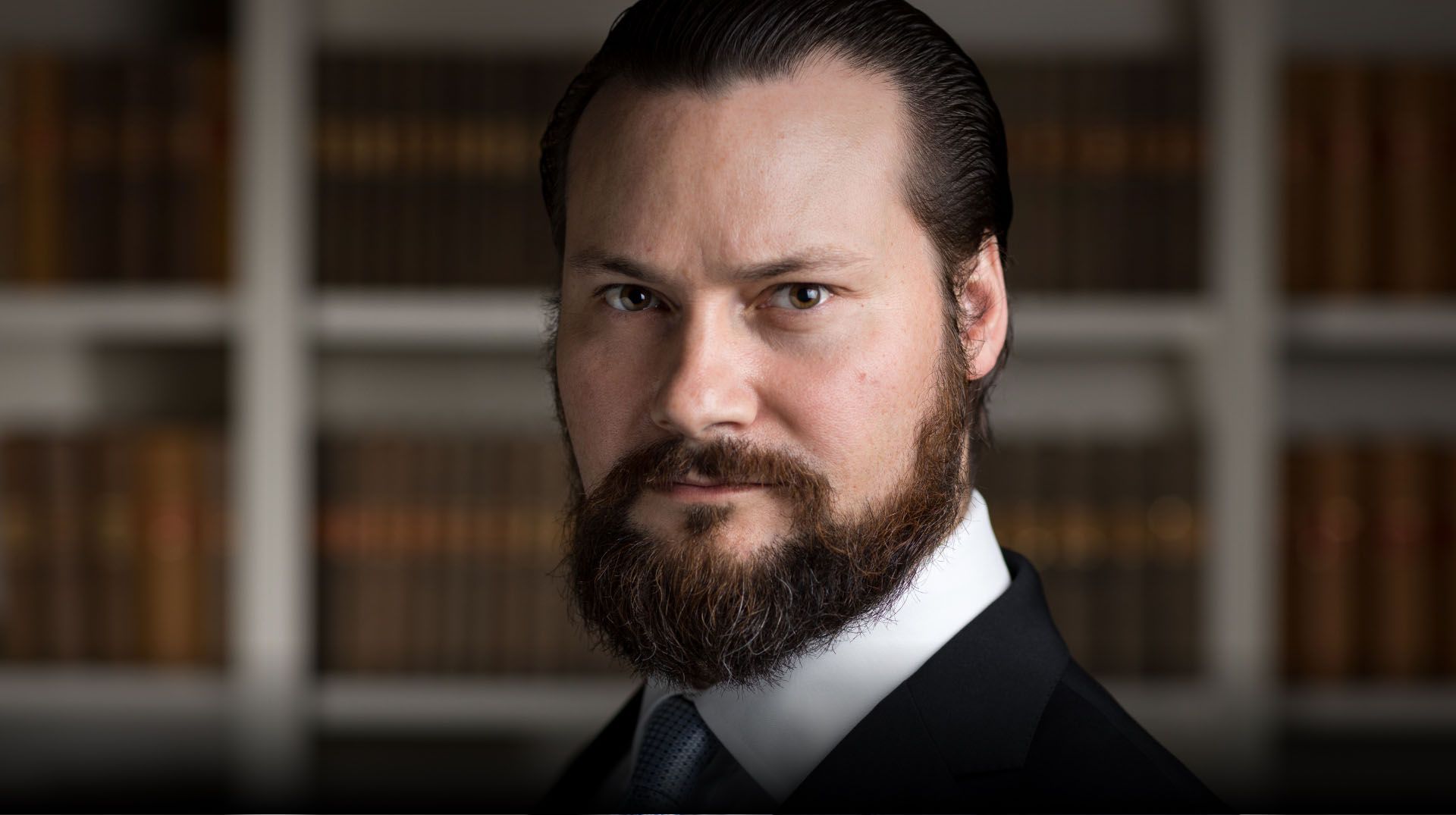 High net worth individuals regularly instruct Mr Vollenweider in complex financial remedy cases involving international property portfolios and companies. He is used to dealing with family trusts and the tracing and recovery of assets allegedly dissipated.

He has been led by the Honourable Mr Justice Nicholas Francis Q.C. of 29 Bedford Row in two of his cases before Sir Nicholas’s appointment. He has appeared, instructed alone, against Alexis Campbell Q.C. of 29 Bedford Row in a £25million financial remedy claim concerning a long marriage, and has had the pleasure of working alongside Elizabeth McGrath Q.C. of 3 Paper Buildings concerning a very short marriage. He has been instructed as sole Counsel in a case where the wealth of the husband was allegedly £75 million.

He has appeared against Farrer & Co, solicitors to Her Majesty the Queen.

He is often instructed by companies to intervene in financial remedy cases, where the husband is a director/shareholder of the company, and has appeared in cases involving allegations of fraud, where reference to the Director of Public Prosecutions is a real possibility.

He is regularly instructed in Children Act 1989 cases, and has conducted final hearings of significant length and complexity, appearing for the parents in High Cost Public Law cases where there have been findings of fact sought against alleged perpetrators of serious sexual abuse and/or violence.

As a leading defence and prosecution junior he has conducted trials of length and complexity involving allegations of attempted murder and historical rape. Indeed, after leading one such rape case, off his own bat His Honour Judge Darling wrote a reference to the Crown Prosecution Service describing him as “an individual with Silk and Treasury Counsel written all over him”. Mr Vollenweider led his first case at the age of 31 years (7 years’ Call). He is now 43 years old and 19 years’ Call.

He is a level 3 prosecutor, who has been instructed on Level 4 cases, and for over ten years was on the Attorney-General’s specialist panel of rape and child sexual abuse prosecutors. Now, he appears exclusively for the defence. He has appeared in the Central Criminal Court (Old Bailey), Courts Martial (Germany), Divisional Court and Court of Appeal.

He has appeared in numerous applications under the Proceeds of Crime Act 2002 and has a keen interest in commercial fraud, recently having led two cases involving fraud and money laundering.

He can conduct private prosecutions and, indeed, has brought one such case against the Bank of Scotland Plc (Trading as Halifax) for the harassment of a debtor. The (then) fourth largest law firm, DLA Piper, represented the bank. As the case headed towards trial the bank wrote off the debt.

All areas, although the smallest part of Mr Vollenweider’s practice. He has a keen interest in international commercial arbitration and has been a member of Thomas More International in Mauritius. He appears regularly in the County and High Court and will undertake work such as Judicial Review and cases in the Judicial Committee of the Privy Council.

He has recently been involved in a civil case in the High Court seeking the restoration of a £250,000.00 AC Cobra to its rightful owner, where the other side had instructed leading Counsel.

He has been led by Silk in one such Judicial Review, involving human rights issues relating to the recovery of private costs in criminal cases, where the client had not applied for legal aid, as he had been deterred from applying for the same having been assessed as unsuitable for such by the on-line calculator. He had been acquitted and disallowed his some £70,000.00 worth of costs. Mr Vollenweider appeared without leading Counsel before Lord Justice Ryder sitting on the appeal from the Divisional Court. Mr Vollenweider abandoned the Silk’s points on appeal, preferring to rely upon his own new ground of appeal, which Lord Justice Ryder described as raising “…attractive issues that were not pursued before the Divisional court below….”

Mr Vollenweider has experience of the same, appearing for the partner of the deceased in a notable one involving Stepping Hill Hospital, where the hospital admitted liability after the inquest resulting in a substantial settlement for the partner.

He accepts instructions at a very late stage, having appeared in such circumstances in the Central Family Court on a Brussels II Revised matter.

He has an extension to his practising certificate, which allows him to conduct a case in a similar manner to a Solicitor, including the ability to instruct experts, barristers and to issue proceedings.

• E v T [2018] - Counsel for the wife, who was a partner of her own Solicitors’ Firm, such instruction being an endorsement of Counsel in itself.

• R v DM [2017] – Rape re-trial. For the defendant running defence of consent and fabrication based upon complainant’s upset that defendant had called her names. Injuries to complainant, torn thong, text messages at time from complainant seeking help. Defendant acquitted. Mr Vollenweider did not represent the defendant at the original trial.

• G-P v P [2017] –Very short marriage. Husband proceeded without leading Counsel, who had previously advised him on his case, and instead instructed Mr Vollenweider alone. Allegations of damage to wife’s business not found proved. Wife received less than 15% of the gross value of the FMH.

• B v H (SW applying to intervene) [2016] – against Nicholas Bowen Q.C. for SW – application by SW, a million pound creditor, to intervene in a financial remedy case refused.

• J v J [2016] – financial remedy case for the husband alleged to have dissipated huge sums of money – wife equal shareholder in companies - against Farrer & Co, led by the Honourable Mr Justice Francis Q.C. until his appointment.

• R v TH [2016] – Leading junior Counsel for the defence in a £12 million Proceeds of Crime Act 2002 application following a conviction for conspiring to assist in the management of brothels by offering a money laundering service to them. TH was not represented by Mr Vollenweider on the original trial. Most of the assets were alleged to be hidden. The prosecution were persuaded that the realisable amount was a mere £175,000 and they abandoned the hidden asset allegation which amounted to £5 million.

• K v S [2016] – Led by the Honourable Mr Justice Nicholas Francis Q.C. until his appointment. For the husband, alleged to have committed fraud by submitting a forged financial remedy consent order. Leading handwriting expert, Professor Radley, involved. Mr Vollenweider now appears without leading Counsel. Issues or privilege involved and a potential referral of the husband to the DPP for prosecution if unsuccessful. Case settled favourably to the husband.

• Henderson v The Secretary of State for Justice [2015] – Led judicial review case involving human rights and costs – the appeal came before Lord Justice Ryder who preferred Mr Vollenweider’s argument to that of the Silk who previously led him.

• NCA v A [2014] – Proceeds of Crime Act 2002 application sought by the National Crime Agency against a businessman with substantial property interests and companies, and brought after his successful acquittal.

• R v SI [2014] – 4 week trial for the defence at the Central Criminal Court (Old Bailey) concerning an alleged conspiracy to import firearms from Germany; acquitted of possession of a firearm with intent to endanger life.

• Inquest of GB [2014] – for the deceased’s partner; following which Stepping Hill Hospital accepted liability for the negligent care of a patient who subsequently died.

• R v JF [2013] – 4 week trial for the defence, parachuted in the Thursday before the start of the trial on the Monday. Thousands of pages of evidence. 7 day abuse of process argument before Mr Justice Keith – effective trial – acquitted of attempted murder.

• Kosar v Bank of Scotland Plc trading as Halifax (appearing for the appellant) [2011] All ER (D) 08 (May), Divisional Court – alleged harassment by the bank of a debtor