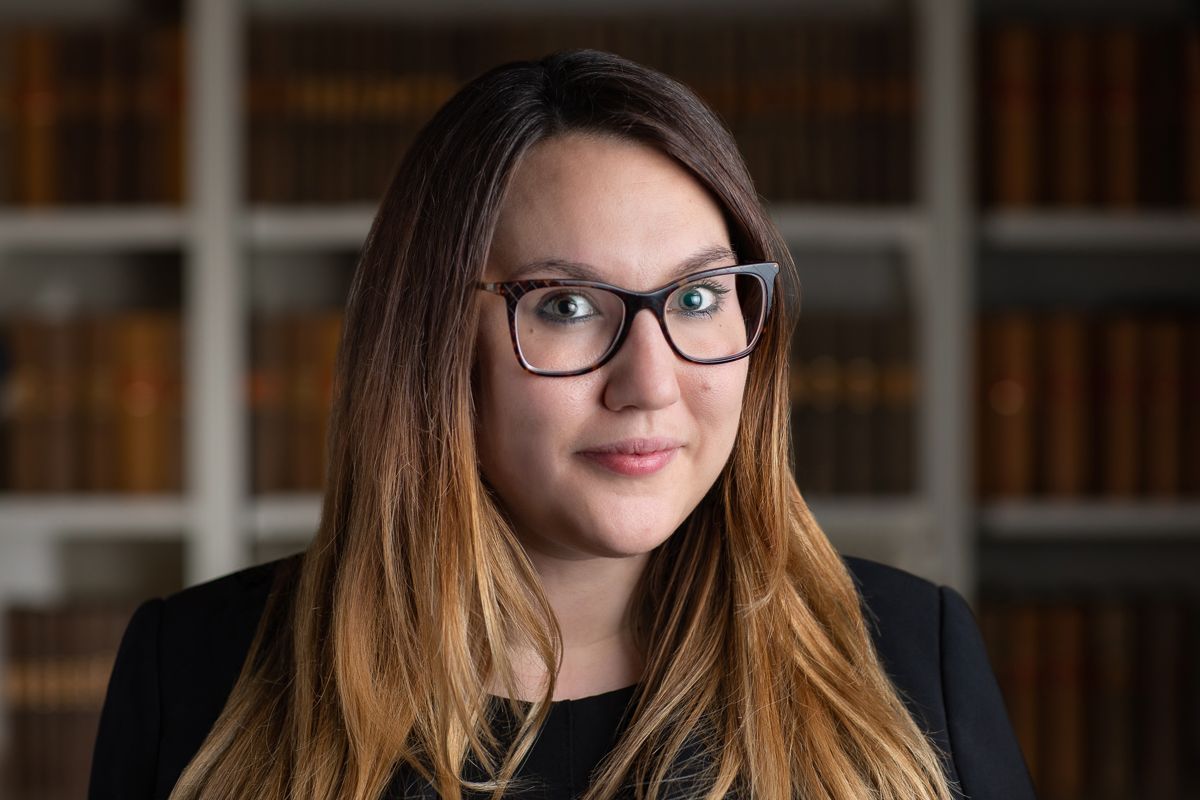 Charlotte defends and prosecutes in criminal cases in the Crown, magistrates’ and youth courts. In the Crown Court, Charlotte has represented defendants charged with a wide range of serious offences including serious sexual offences, GBH, fraud and possession with intent to supply. She has also represented defendants in the Crown Court in confiscation proceedings and forfeiture appeals.

Her compassionate approach has seen her instructed in cases involving young and vulnerable clients. She has defended clients in the Youth Court facing serious matters such as sexual assault, firearms offences and armed robbery.

Charlotte has been led in a number of cases involving children and vulnerable witnesses, including recently being led in two serious sexual offences trials, one of which involved allegations of sexual activity with four children and a vulnerable adult.

Charlotte has extensive experience in healthcare regulation, representing both regulators and registrants. In 2017 she spent six months on secondment within the regulatory department of law firm Kingsley Napley.

Charlotte regularly acted on behalf of the Health and Care Professions Council (HCPC), one of the UK’s largest regulators, responsible for regulation of over 16 professions – including ‘fitness to practise’ cases before its conduct and competence committee.

She has presented cases involving sexual misconduct, dishonesty and deficiencies in professional performance and is regularly praised by panels for her diligent preparation.

Before entering independent practice, Charlotte was Discipline Case Manager at the Rugby Football Union (RFU), where she managed and presented cases at disciplinary and safeguarding hearings. She has experience dealing with complex anti-doping rule violation cases and disciplinary appeal proceedings.

Charlotte is regularly instructed to prosecute a wide range of complex cases on behalf of England Boxing and has experience sitting on panels and adjudicating on DBS and Safeguarding appeals.

Court of Appeal. Successfully appealed against a sentence imposed for possession of indecent images, resulting in the sentencing being reduced by 9 months.

Oxford Crown Court. Led in a sexual offences case involving four child complainants and one vulnerable adult, who alleged she was penetrated whilst in a diabetic coma.

Woolwich Crown Court. Defended a client charged with section 18 GBH in which the complainant receiving a fractured skull following an attack with a metal pole. The prosecution accepted a plea to section 20 GBH and the defendant received a suspended sentence.

Defendant acquitted at Reading Youth Court on three counts of serious sexual assault. It was alleged that the defendant had sexually assaulted the complainant(aged 17) at a party.

Represented HCPC in a complex case involving a social worker who had failed to take appropriate action in four cases in which service users had expressed suicidal ideations – one case resulting in a fatality. The panel found both misconduct and lack of competence – and concluded that the registrant’s fitness to practise was impaired.

Represented the HCPC in a technical case involving a biomedical scientist who had failed to follow correct procedures within the blood transfusion and haematology departments of the hospital where she worked. The panel found both misconduct and lack of competence and concluded that the registrant’s fitness to practise was impaired.

Represented the HCPC in a high-profile case involving an occupational therapist who had breached the confidentiality of vulnerable child service users, and failed to keep accurate records and make relevant referrals. The panel found misconduct and lack of competence and that the registrant’s fitness to practise was impaired.

Represented England Boxing in a case involving the amateur boxing coach who worked Nick Blackwell’s corner, in a sparring session with Hasan Karkard. The sparring session took place at a time that Nick Blackwell’s BBB of C license had been removed, due to him being placed in a medically induced coma, following a professional fight with Chris Eubank Jr. The sparring session resulted in Nick Blackwell being placed into a second medically induced coma, resulting in long term consequences. The coach was banned from training and/or coaching activity for six months and the case set a precedent in relation to coaching responsibilities.

Represented England Boxing in a case involving a boxing coach who was verbally abusive to a child and deliberately mismatched the child with a bigger and older sparring partner to teach the child a lesson. The panel found all allegations proved and the coach was suspended for a significant period.