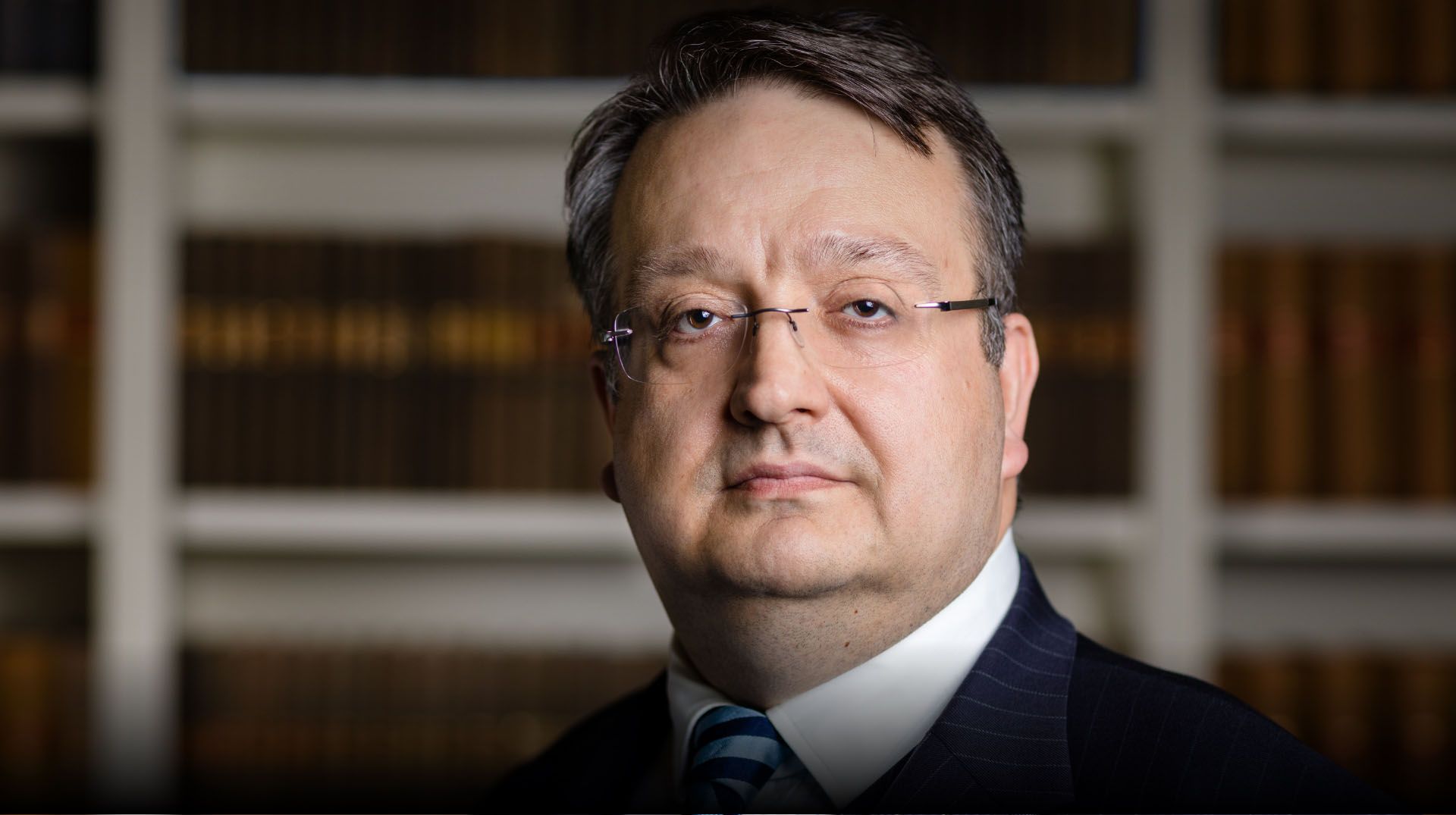 • Regina v A.S. - Special verdict of not guilty by reason of insanity obtained for a defendant adversely affected by a change in his prescribed anti-psychotic medication. The jury was satisfied that the defendant was suffering a psychotic episode that absolved him of criminal responsibility, when he attempted to stab his neighbour whilst responding to command hallucinations to murder. Prosecution had invited a conviction, on the basis that, despite the mental health episode, the defendant must still have been aware of his actions.

• Regina v L.M. - Instructed to defend businessman prosecuted by trading standards department for orchestrating a nation-wide website advertising fraud. Three employee defendants also charged. Prosecution alleged that the whole business was a sham and infringed the copyright of Apple, Virgin, Adidas, Merlin and Sky. A detailed abuse of process argument was lodged (investigative/disclosure failures, defective indictment, no authority to prosecute). Prosecution offered no evidence on all counts - accepting that their had been fundamental failures in the disclosure process, and that it was not in the public interest to prosecute.

• Regina v A.D. - Presented detailed written mitigation submissions for a solicitor partner pleading guilty to £2.5m frauds on his firm and HMRC, committed over a 10 year period. Secured a sentence of 4 years imprisonment with no POCA application.

• Regina v A.D. - Presented detailed written mitigation submissions for a solicitor partner pleading guilty to £2.5m frauds on his firm and HMRC, committed over a 10 year period. Secured a sentence of 4 years imprisonment with no POCA application.

• Regina v D.G. - Instructed to defend a businessman charged with 10 conspiracies to import and supply drugs, and to launder money. Throughout Crown Court proceedings complaint was raised about disclosure and the "reverse-engineering" of a circumstantial case against the defendant. Following the service of an abuse of process argument, and the appointment of Special Counsel to enquire into disclosure issues, the Crown eventually offered no evidence on all counts - accepting that there had been fundamental failures in the disclosure process, and that material which the police had not revealed to the CPS made their case against the Defendant untenable. He should not have been charged.

• Regina v C.S.. - Successful defence of a single mother charged with a £100k benefit fraud. Trial judge stayed an indictment against her on an abuse of process application, finding that the five year delay in the DWP and CPS bringing charges against her meant that she could not have a fair trial. Prosecution did not appeal this terminating ruling.

• Regina v A.T. - Successful defence 19 year old charged with the attempted murder of 4 police officers. The prosecution alleged that a frenzied knife attack, on officers responding to a false 999 call, had been a pre-mediated attempt to kill. The defendant, who had no history of violence and no previous convictions, had been smoking a particularly potent form of cannabis. He was acquitted of attempted murder and convicted only of wounding offences, to which he had offered to plead guilty before the trial.

• Regina v E.K. - Appeared first as junior led by Sir Geoffrey Cox QC, and later on his appointment as Attorney General, as leading counsel in a massive immigration applications fraud. Trial ran for more than 7 months at Southwark Crown Court.

• Regina v W.F. - Successful defence of Park Home site developer in 9 week trial at Hull Crown Court. The prosecution alleged fraud by misrepresentation in the sales of park homes to 70 elderly, vulnerable purchasers over a 4 year period - amounting to more than £7million. Through painstaking work and cross-examination it was demonstrated that the witness accounts were unreliable and motivated by self-interest, and that the fairness of the police investigation had been compromised by outside influences. The defendant was acquitted on all counts at half-time, when the trial judge ruled that the Crown had no reliable evidence of fraud.

• Regina v D.L. - Instructed as junior counsel to defend a professional accountant to media industry clients, charged with cheating the public revenue. HMRC alleged that the defendant's company had lodged false tax returns on behalf of a client base of over 7,000 individuals and companies - leading to a loss to the revenue of more than £10million. Crown's case ranged across large sections of the defendant's client base, and the two trials involved very substantial document analysis and handling skills, as the total evidence relied on by the Crown exceeded 50,000 pages, and the unused material contained more than a million documents.

• Regina v M.B. - As leading counsel, successfully defended an SIA licensed door man charged with manslaughter after his restraint of a party-goer resulted in death. The prosecution alleged manslaughter by gross negligence, in particular a failure to guard against the risks associated with positional asphyxia. Case lasted 4 weeks and involved expert evidence in the fields of pathology, toxicology, SIA physical intervention training, and the use of certain martial art neck holds.

• Appeal of R.K. - Successful appeal against conviction in gang-land murder, on grounds that the negligence/inadvertence of original trial counsel, in his cross-examination of the prosecution ballistic expert, and his failure to correct his misconstruction of the defendant's instructions, rendered the conviction unsafe despite all other aspects of the trial process being regular and fair. Re-trial ordered.

• Regina v A.A. - Multi-handed rape case. Defendants convicted at the first trial, but those convictions were successfully appealed on grounds that the behaviour of the trial judge, which CACD described as entirely improper, had prejudiced a fair trial. At the re-trial at the Central Criminal Court defendants were acquitted.

• Regina v R.B. - Northwest Regional Crime Squad investigation into a nationwide network of cocaine and heroin supply. Multi-handed trial. Evidence against the defendant was circumstantial only. Secured acquittal of the defendant on successful Galbraith submission, demonstrating that the Crown's evidence was insufficient to found an inference of guilt capable of sustaining a conviction.

• Regina v Q.R. - Represented professional financial advisor charged with fraud and forgery. Case was brought by SFO and concerned the disinvestment and disbursement abroad of £52million distressed pension fund assets by the professional trustees appointed to manage the funds.

• Regina v M.H. - Junior Counsel for defendant charged with the joint enterprise murder of an Eccles shop-worker, shot with a semi-automatic weapon, in the course of a dispute between two criminal gangs. Trial involved substantial cross-examination of an alleged accomplice who was giving evidence for the Crown. Appeal on basis that jury's verdicts were inconsistent.

• Regina v A.C. - Successful defence of a businessman charged with the murder of a Cheetham Hill Gang member. As the subject of two previous unsuccessful prosecutions for murder brought by the same police force, the Defendant maintained that this prosecution was brought in bad faith. The case turned on the interpretation of a huge body of forensic scientific evidence. Prosecution eventually accepted, after being served with a very substantial dismissal argument, that they were unable to prove that the killing had not been in self-defence.

• Regina v G.M. - Successful defence of managing director charged with substantial fraud and theft in respect of the company's nationwide direct sales operation. Case involved complex factual circumstances, including the assertion that the desperate financial circumstances had been inherited, unwittingly, from outgoing directors. Shortly before the listed trial Crown accepted that to continue with the prosecution would amount to an abuse of process.

• Regina v S.B. - Junior Counsel for defendant charged with the joint enterprise murder of the owner of currency exchange business in Longsight Manchester, who was shot in the course of being robbed of substantial amount of cash. Successfully negotiated limited basis of plea to robbery and defendant received 13 months imprisonment.

• Regina v Y.B. - Defence of professional interpreter charged with conveying a prohibited article into prison under the new provisions of the Offender Management Act. Successful argument, appearing alone in the Court of Appeal, defining the interpretation of the Act - that offence was not one of strict liability but required proof of mens rea.

• Regina v G.B. - Successful defence of care-worker charged with 30 counts of historic sexual assault and familial rape. Case included delicate cross-examination of vulnerable witnesses, and of the Defendant's own mother who was a key prosecution witness.

• Regina v K.K. - Instructed as leading counsel in the defence of a Polish national charged with large conspiracies to import drugs and firearms into the U.K. Case involved 25 defendants.

• Regina v D.C. - Groundbreaking prosecution, under the Computer Misuse Act, of a security analyst suspected of having "hacked" into the Tsunami Relief Fund donations website.

• Jubilee Line - Instructed as junior counsel to defend in this exceptionally lengthy and complex case at the Central Criminal Court. The case concerned allegations of conspiracy to defraud and corruption by professional surveyors, in the context of a huge, politically-charged civil engineering project.

• Transatlantic Aircraft Terrorist Plot - Instructed to defend one of the 15 men arrested and charged in connection with a terrorist suicide plan to detonate liquid explosives on transatlantic flights.

Extensive experience of confiscation work, including the protection of third party interests, revisiting confiscation orders upon the discovery of new assets, certificates of inadequacy and the enforcement of orders through the implementation of default sentences. High Court restraint orders and civil freezing injunctions.

Tribunals:
Representation of professionals on a regulator's applications for orders based on misconduct, breaches of professional regulations, negligence and dishonesty. Application of recent regulatory reform legislation and standards expected of regulator's investigations by the BERR's Statutory Code of Practice for Regulators.
Recent success includes forcing the withdrawal of allegations in the Solicitor's Disciplinary Tribunal and obtaining an order that the Respondent's costs be paid by the Regulator, owing to deficiencies in the quality and extent of the investigation by the SRA.

(Totality of sentence for multiple assaults with intent to rob)

(Sentence for Kidnap and False Imprisonment)

(Sentence for breach of SOPO and recall on licence)

(First authority on the interpretation of the new offences of conveying prohibited articles into prison, under Offender Management Act 2007. Successfully resisted Crown's appeal of a preparatory hearing ruling that the offence under section 40C(1) required proof of some mens rea and was not strict liability. Rebuttal of presumption in favour of mens rea. Legislative intention.)

(Successful appeal against murder conviction, based on criticism of cross-examination of original trial Q.C. Re-trial ordered)

(Successful appeal against a 3 year sentence for bribery, in relation to a £1m local authority contract for transport services)