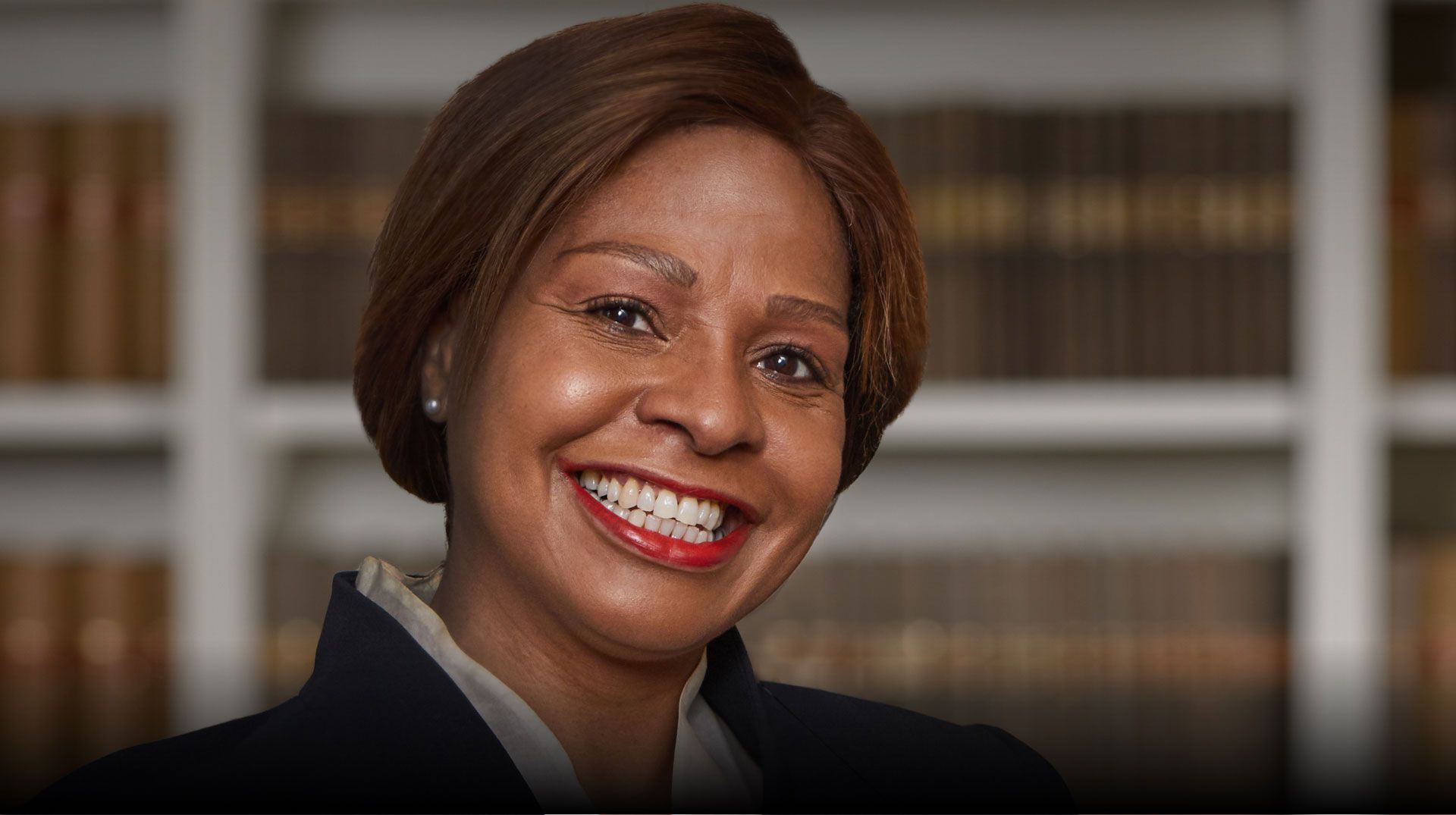 Desiree is regularly instructed and has successfully appeared in the Privy Council in appeals concerning difficuly, complex and interesting points of constitutional and human rights law, whether arising in the context of civil and commercial disputes, criminal appeals or appeals from domestic constitutional claims.

Desiree is an experienced trial advocate who regularly appears in the High Court, County Court, First Tier (Property Tribunal), and has appeared successfully whilst being unled in the Court of Appeal. Through her work as panel counsel for local government, she has regularly appeared unled against silk, and leading seniors.

Desiree has appeared in the High Court in state immunity applications and strike out applications.

Desiree has a diverse civil and commercial practice, as well as all aspects of property, public law and judicial review. She is experienced at tacking the most complex of community legislation and regulatory regimes and virtually any area of judicial review.

In addition Desiree regularly advises on challenges to decisions of the Information Commission Office (ICO), which is a natural fit with her specialist knowledge of constitutional and administrative law.

She however has particular interests in commercial litigation, property, public procurement, planning, regulatory and judicial review which together now represents a large proportion of her practice.

Desiree has experience of campaigning on patient issues and is currently representing a MESH Litigation group working alongside fellow Founder Bridgette York and Kath Samson, patient leader in the fight for changes to the NICE guidelines.

A substantial proportion of Desiree’s practice concerns public law and judicial review, she is therefore able to tackle and has experience of any aspect of public law and statutory interpretation, planning and regulatory matters. Desiree has throughout her career acted for and against public bodies.

Desiree has been a member of Approved Panel Counsel for Local Government for more than 15 years.

Most recently Desiree has been involved in advising a nursing home under the new legislative framework governing nursing homes. Desiree is also very experienced in the area of homelessness and education.

The Judicial Committee of the Privy Council is the final court of appeal for many Commonwealth and Caribbean countries. Presided over by the same judges as those sitting in the UK Supreme Court, its decision are highly persuasive in both domestic UK proceedings, as well as, across the common law world, and contributed greatly to the development of key common law principles.

Desiree is called to the Bar of St Lucia with the ability to appear in most courts at all levels throughout the Eastern Caribbean.

Desiree has successfully appeared before the panel of Judges, referred to as the Board, in appeals often concerning difficult, complex, and interesting points of constitutional and human rights law, whether arising in the context of civil and commercial disputes, criminal appeals or appeals from domestic constitutional claims.

Desiree is currently instructed in an appeal before the Privy Council for and on behalf of the inhabitants of the island of Barbuda in a claim alleging that the Paradise Found (Project) Act of the Antigua Parliament, passed to facilitate a massive development on the island of Barbuda, is unconstitutional and invalid. The Defendant is the Attorney General.

Desiree is currently acting in an appeal before the Privy Council in relation to the employment contract of a diplomatic employee involving both common law and the Napoleonic Code.

Additionally, Desiree has just been instructed in a new Privy Council matter from the Bahamas raising important and complex points of constitutional law.

Desiree enjoys all areas of real property litigation both public and private, including commercial and residential landlord and tenant (including housing), adverse possession, trusts of land, mortgages, proprietary estoppel, leasehold and commonhold enfranchisement.

Desiree has experience acting for both property developers, and individuals, drafting option and other agreements for the sale and purchase of land using a special purchase vehicle.

Desiree is adept at handling complex rating appeals from the Valuation Tribunal before the Upper Tribunal (Land Chamber). She has also acted for clients seeking alterations of local rating lists from the VOA as well as from the tribunals. She has particular experience of proposals to nil-rate hereditaments based on uneconomic repair. Desiree also has experience in judicial reviews and statutory challenges in the High Court in London.

Desiree has experience of regulatory law in the telecommunications and legal sectors and experience of advising on sector compliance.

Desiree is a former founding Director of Fibroids Network and has worked along with fellow Founder Bridgette York to achieve much of the changes to NICE guidelines in this area. Desiree has experience of campaigning on patient issues and is currently representing a MESH Litigation group.

Desiree has a particular interests in international commercial arbitration with a focus on Caribbean and North American jurisdictions. Desiree is a member of the Caribbean Group of Arbitrators. Desiree has completed Part 1 of the Fellowship exam of the Institute of Chartered Arbitrators (London).

Desiree has tutored at the College of Law and lectured at Birkbeck College, University of London, and has written and lectured on a wide range of legal subjects.

Desiree is an affiliate expert of the Centre for Law and Social Justice at Leeds University.
https://essl.leeds.ac.uk/research-centre-law-social-justice/doc/experts-2

• Desiree represented a large construction company in the High Court in bringing claim under the Public Procurement regime for damages in respect of a 10 million fund government contract.

• Successfully advised a company in respect of a challenge to the decision of the Information Commissioner (ICO) regarding the use of third party data in marketing and attendant opt outs and TPS infringements.

• Advice and representation to local community to successfully defend against developers building on local green space.

• Successfully representing company partner in a partnership dispute and dissolution of the partnership with multi-cultural and cross border issues.

• In 2015 within a three month period advised a major firm in respect of over 50 leasehold and common hold enfranchisement matters, many of which were complex and time sensitive.

• Desiree represented a local authority in the Court of Appeal in this landmark case involving succession rights.

• Successfully advising in a Privy Council multi-million pound arbitration matter concerning the construction of a hotel and marina in a Caribbean island. Led by silk, (Deputy High Court Judge).

• Challenge to decision of local authority and the application of its homelessness policies.

• Representing both landlords and tenants before the Property Tribunal.

• Successfully advising and representing a Defendant co-habitee in a property dispute after a 12 year relationship had ended. Obtained 97% share for the defending partner.

Desiree has a particular interest in the challenges faced by small jurisdictions and is an Associate of the Island Rights Initiative, a consultancy and think tank dedicated to helping small island communities facing global human rights challenges.
www.islandrights.org/about-us/

For the past 6 years Desiree has regularly advised, and, appeared in the appellate court of the Caribbean.

Between 2006 and 2014, Desiree was the legal adviser to the High Commission for the Government of Antigua and Barbuda.

Desiree is called to the St Lucian Bar with the ability to practice in most Caribbean Countries.

This case concerned whether or not the Freeze and Civil Forfeiture Order regime pursuant to the Money Laundering (Prevention) Act 1996 as amended (the MLPA), Antigua and Barbuda, infringed the relevant clauses of the Constitution of Antigua and Barbuda. The case sets precedence for the entire Eastern Caribbean all with similar civil money laundering regimes.

Desiree was successful in this constitutional and public law case argued in the Privy Council which set predence and established conclusively that firstly, the MPLA does not infringe the constitutional rights of those against whom orders under these provisions bite; and, secondly, even if those orders did infringe on the Defendants' constitutional rights, the courts had a wide margin of appreciation and could, relying on section 20A(2) find that the breach was not disproportionate.

Desiree was successful in this administrate and public law case argued in the Privy Council which established conclusively that the procedure for obtaining an administrative law order did not fall under the same regime as that for obtaining judicial review. Watch the hearing: Morning Session. Afternoon Session.

Desiree represented the local authority in the Court of Appeal in this landmark case.

Desiree undertakes work direct from the public, and is certified by the Bar Standards Board to conduct a case in a similar manner to a Solicitor, including the ability to instruct experts, barristers and to issue proceedings.

You can see Desiree's entry in the Bar Standards Board's Barrister Register here.

• Desiree writes regularly for Counsel Magazine of which she is an Editorial Board Member has interviewed the Attorney General of England and Wales, Gary Younge, Editor-at-large of the Guardian Newspapers and Lord Anthony Hughes to highlight a few. Desiree is currently writing a book.

Impact of the Public Contracts Regulations 2015 on what was previously classed as non-priority services, or Part B Services

• CO-HABITATION AND TRUSTS OF LAND