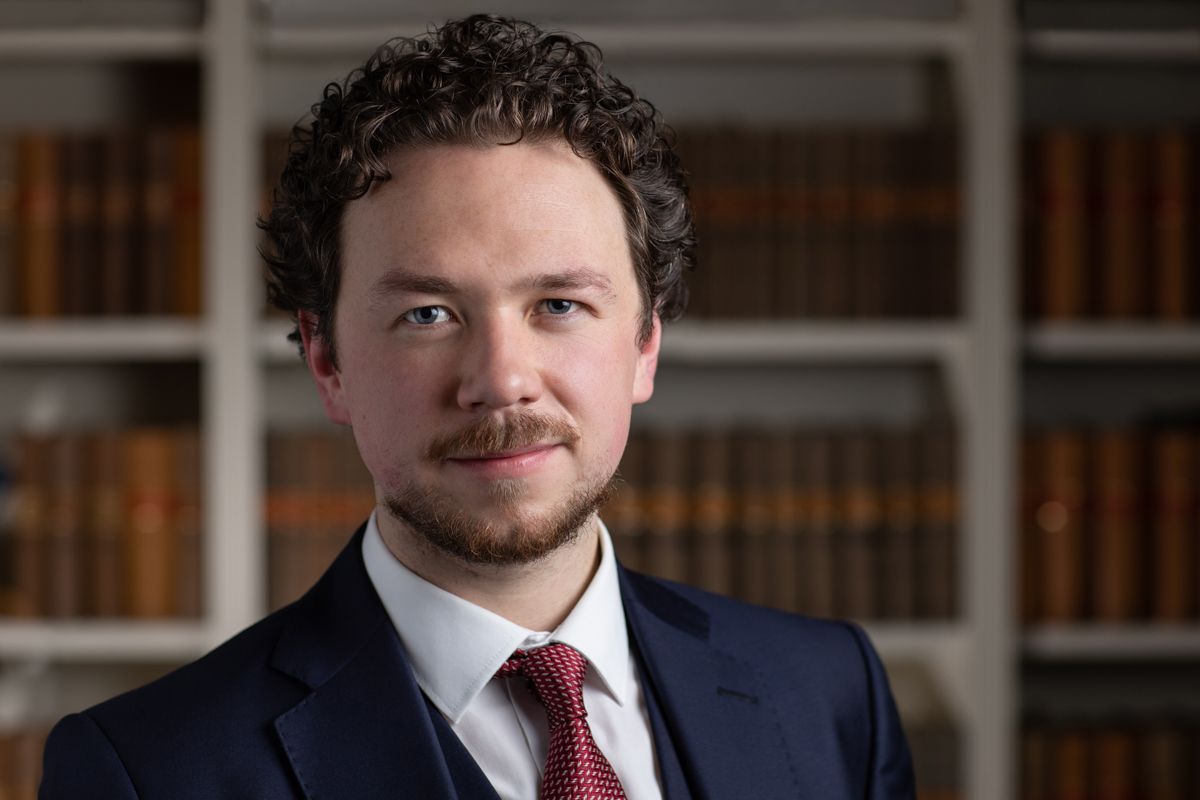 Since successfully completing his 12-month pupillage in chambers, Patrick has been developing a busy mixed practice spanning civil, crime and employment work.

Before coming to the Bar, Patrick had a career in politics, working in Westminster for several Members of Parliament. He also worked for a literary trust in Oxford and as a Legal Officer for a national organisation. He enjoys delivering workshops, seminars and training across a range of areas.

Patrick regularly appears in the County Court and has also appeared in the High Court. He has experience of civil trial work in the fast and small-claims tracks.

He prides himself on mastering the detail of cases, providing commercial advice and in being responsive to both professional and lay clients.
Recent instructions have raised issues including:

Patrick has gained experience of drafting pleadings in civil claims across a range of areas and disputes and welcomes such instructions.

He gained experience of commercial claims during pupillage, under the supervision of Faisal Saifee, including high-value claims involving alleged fraud, trusts, agency disputes, and unfair terms.

Patrick appears regularly in the Magistrates, Youth and Crown Courts. During pupillage, he gained experience of criminal defence in cases involving serious crime, including allegations relating to terrorism offences and sexual offences.

R v A (Inner London Crown Court): mitigated for defendant charged with ABH involving kick to the head and bleed on the brain. Suspended sentence obtained.

Patrick has significant experience with raising legal points in criminal proceedings and is diligent in researching and deploying points of law that may assist his clients. He draws on his broad experience of other areas of law in drafting written representations for solicitors and for written submissions in trials.

Patrick has experience of drafting criminal appeals and always welcomes instructions relating to advising on the merits of appeals, drafting grounds, and representing appellants at hearings.

Patrick has a particular interest in the right to protest and has experience of advising and representing clients charged with alleged offences arising out of direct action and other forms of protest. These offences often require a specialist understanding of the availability of certain defences. He welcomes such instructions, for advice and trial work.

Patrick has experience of employment disputes through advising and representing clients before the Employment Tribunal, on appeal, before internal disciplinary and grievance hearings in the workplace, and at judicial mediations. He has appeared at a range of trial and preliminary hearings.

Current instructions include allegations of maternity and pregnancy discrimination and unfair dismissal.

Patrick advises on redundancy matters, including local community groups, employers and employees, and has delivered training and workshops on redundancy in the context of COVID-19. He has represented members of path-breaking trade unions and through the FRU.

N v A: successfully represented client at trial bringing wages claim against experienced counsel and joint head of employment law within their chambers.

Landlord and Tenant and Real Property:

Patrick has experience of a range of Landlord and Tenant and Real Property work. He acts in possession proceedings, including those with complex case histories and wide-ranging allegations. He has knowledge of drafting and advancing disrepair claims.

He advises on disputes involving the full range of property issues and has experience of cases involving expert evidence.

Patrick has experience advising on the merits and quantum of personal injury claims, including those requiring complex calculations of loss. He is happy to settle statements of case and to provide representation at trial.

During pupillage, Patrick gained experience of cases involving control orders and claims for breaches of human rights, as well as seeing claims for judicial review across various areas.